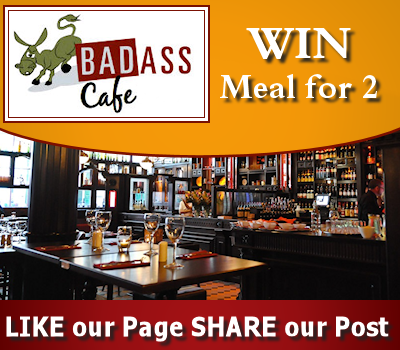 University Challenge 2013: The battle ground has been chosen, the warring tribes are tooled up with minds and wit as sharp as any sword, D Day has been named, so let the Bad Ass Battle commence…Wednesday 25th September 2013, Doors Open 8.45pm - Show 9pm...Entry FREE...Bad Ass Temple Bar Dublin...be there or be square... 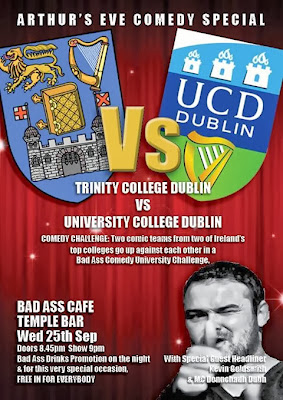 The stakes: The comedy honour of their college - and a few pints of Arthur's best.

You, the audience, will decide who made you laugh the most - and carries away the prize of victory. And while the votes are being counted, we will be entertained by our special headliner - Kevin Goldsmith. Your MC for the evening is Donnchadh Dubh.

And to mark this very special occasion, there is no door charge.
Posted by HotelDeals Ireland at 01:16